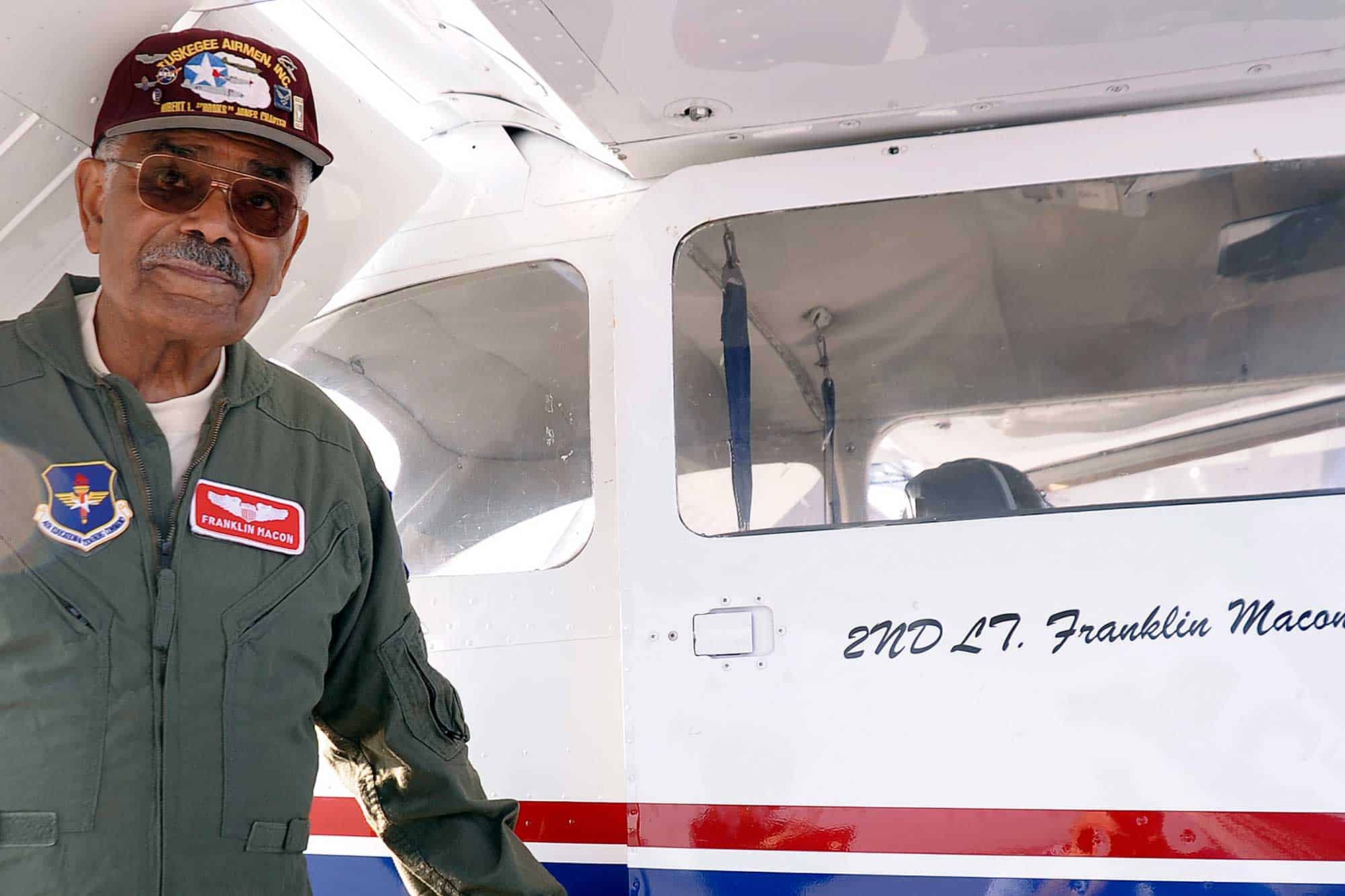 The city of Colorado Springs has lost a local icon, and the nation another hero. Franklin James Macon passed away last night at his home in the Springs. He was 97. The Tuskegee airmen, often known as the “Redtails” based on the bright red tail flash on the P-51 Mustangs that they flew during WWII, are a national treasure. Of the over 14,000 who were part of the Tuskegee experience, less than 50 are believed to remain with us. Their determination to perform with distinction despite challenges both at home and abroad made them true national heroes.

One of only two remaining documented original Tuskegee airmen here in the state of Colorado, Mr. Franklin “Frank” Macon was proud to be counted among them.

Mr. Macon was a Colorado Springs native who first learned to fly at Pine Valley airport, just north of town. Pine Valley is now the U.S. Air Force Academy’s General Benjamin O. Davis Airfield, and is still in operation today training future Air Force officers. Frank enlisted in the U.S. Army Air Corps in 1943, and began his military flight training in 1944 as part of Tuskegee’s class 45A, where he flew various aircraft, to include the bi-wing Stearman, the Piper Cub, and the PT-6 Texan.

In recent years, he has donated numerous items to local museums for preservation, including his Stinson V-77, which itself also served during the war with the Royal Canadian Air Force. He also established a trust fund to provide scholarships to young people who want to learn a trade.

Frank Macon will be sorely missed.