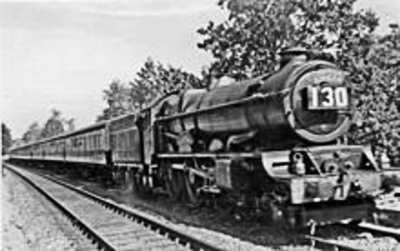 Why did Frank travel to San Francisco when he was a child?

Today most of us go to work in one place all year, though many still travel frequently for their jobs. It may seem strange that in the 1930s people would travel a thousand miles to where the seasonal jobs were, but the adults in Frank’s life did just that. They took the train from Denver to California and back, taking advantage of more need for service workers in the tourism industry in California during the summer. It seems expensive, but it was worth it for them.

Frank’s Aunt Maude (Mama) traveled that way too. After Ol’Man Loper and Mama got married, they returned to Colorado Springs. Here Mama was a cateress. She did have to travel, just to know the best foods for different ethnic holidays and celebrations. Even in the Depression, the adults in Frank’s life were never without work and continued to travel.

PHOTO CREDIT: Wikipedia, sadly we don’t have a picture of Frank’s family traveling by train, but this picture gives you an idea of what it was like.